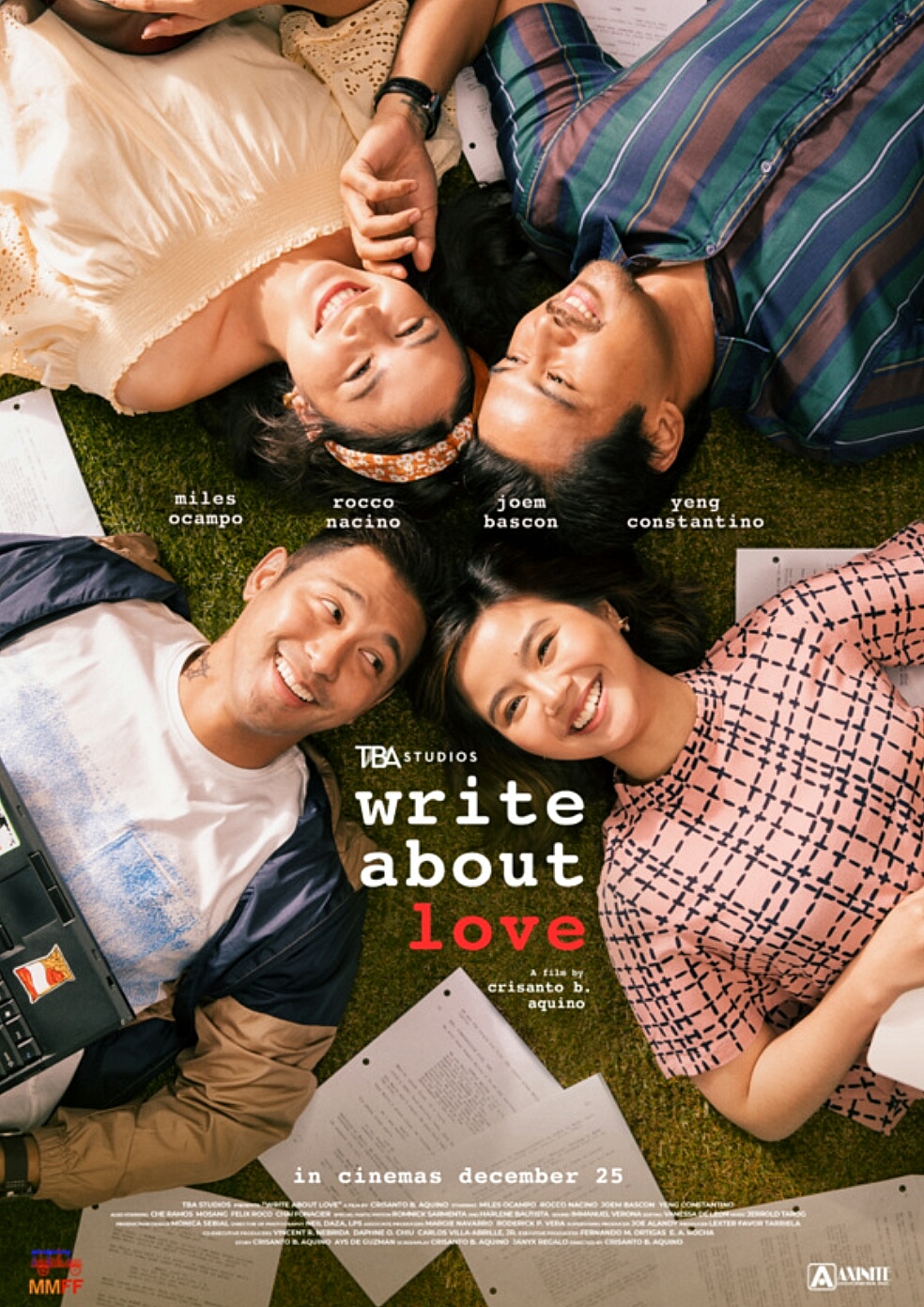 Write About Love: Anatomy of A Script

“Ano ang Quiapo ng buhay mo?” A TBA Studios Film, which Crisanto B. Aquino directed,  Write About Love is one of the official entries to the 45th Metro Manila Film Festival (MMFF) 2019. At its core, it raises an issue: What does it mean to write?

A one-of-a-kind love story, Miles Ocampo and Rocco Nacino star Write About Love. The former is a young emerging writer, who sells a meet-cute story. She gets to work with the latter, a veteran writer in relationship-writing. They are given 30-day period to finish the script. Miles and Rocco’s attitude towards work is appealing. However, their differences in writing approach create a sort of glitch and illustrate their inner selves. In being so, it is easy to deduce how interesting writing must be. Not only that it shows the writer’s strength but his/her vulnerability as well. Writing indeed shows the nakedness of a writer.

What makes Write About Love extra interesting is the realization that a writer’s experiences can unconsciously influence his/her script. That because life isn’t a fairytale, writers most often want a happily-ever-after ending. But it is not always the case, as in real life. Director Crisanto compared it to a Quiapo in one’s life, from Ricky Lee’s Trip to Quiapo. So, while Miles and Rocco create the story, Joem Gascon and Yeng Constantino act the same. The story can be a trigger, as Joem and Yeng are really good actors, too. Similarly, that one scene by Miles with Romnick Sarmenta, who acts as his father, is kind of epic.

Did I get it? Writers need that extra dose of pain because it is where they draw scripts that are either a Palanca or a Pulitzer awardee, or simply become an award-winning entry? In Write About Love, I couldn’t help but memorize at the back of my mind, without getting disturbed, some lines and concepts. I was carried away to know that there are three (3) kinds of writer. First, the one who doesn’t follow the guidelines. Second, a writer who complies but creates his own guideline. Third, one who makes everyone believe that he/she both followed and complied. So, if you are a writer, which are you?

Did Miles and Rocco fall in love along the way? Or it is simply a love story between Joem and Yeng? The answer is yours to find out. By the way, if you’re that kind of exploring genres and understanding plots, you need to watch Write About Love. It will ring a bell on “Ano ang Quiapo ng buhay mo?” However, if you’re an avid fan of love stories or a subscriber of MMFF, this entry is worth your time and penny. Besides, it excites me to see places I’ve been to in the set. Omg! It appears full of life, extra colorful. No wonder, it garners Special Jury Prize for Writing, among others.