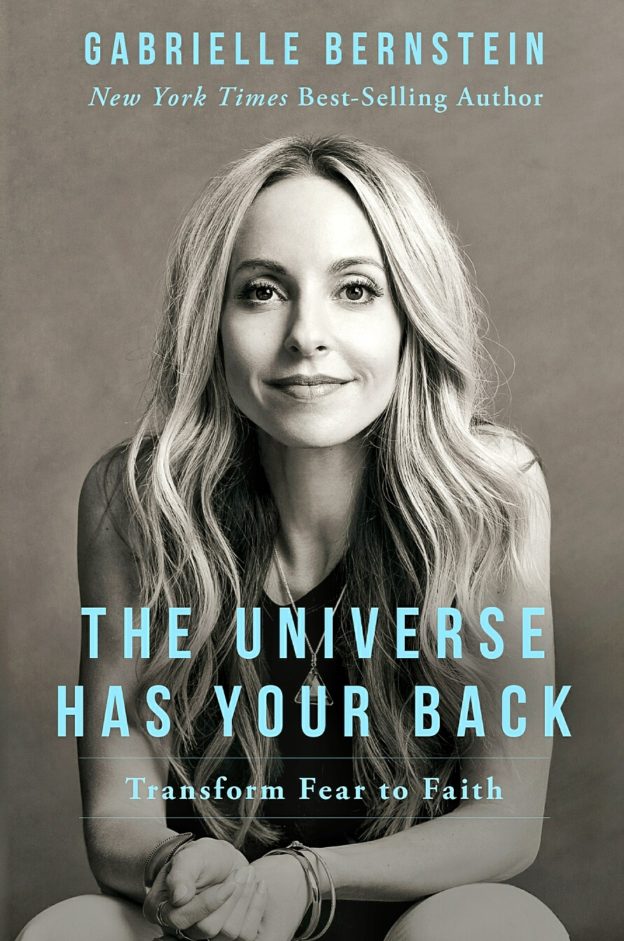 The Universe Has Your Back

The assurance that The Universe Has Your Back is solace when un-good vibes cloud our objectivity, frustrations diminish our energy, and loathing consumes the best in us; and thereby disturb our peace and drain our self-respect. A self-help book, which transforms our fear into faith, Gabrielle Bernstein shows how we can live beautifully by tuning in our thoughts and energies to the power of the Universe, our support system.

Previously, we enumerated the five reasons why we should choose our thoughts. After doing so and realizing now that The Universe Has Your Back, our self-awareness gets both a boost and a nourishment. Each ordeal becomes an opportunity of growth instead of getting stuck-up. The Universe Has Your Back shows that situations occur from simple hardcore traffic to difficult marital concerns, and the like. Consequently, reception of their impact is human. But the reaction we manifest toward them is divine. It shows how adult we have become.

The Universe Has Your Back is one of Bernstein’s series of self-help books. A 179-page book in 12 chapters including its Acknowledgments and About The Author, it is published in 2016 and distributed by Hay House in the United States of America, United Kingdom, Australia, South Africa and India; and by Raincoast Books in Canada. Bernstein is named as the New Thought Leader by Oprah Winfrey, The New Role Model by Dr. Oz, and a Spiritual Activist based on the impact of her New York best-selling books.

So, when a challenge pushes you to the wall like every now and then, remember that The Universe Has Your Back. You only need to look into the power within you, which the universe has gracefully bestowed upon you.