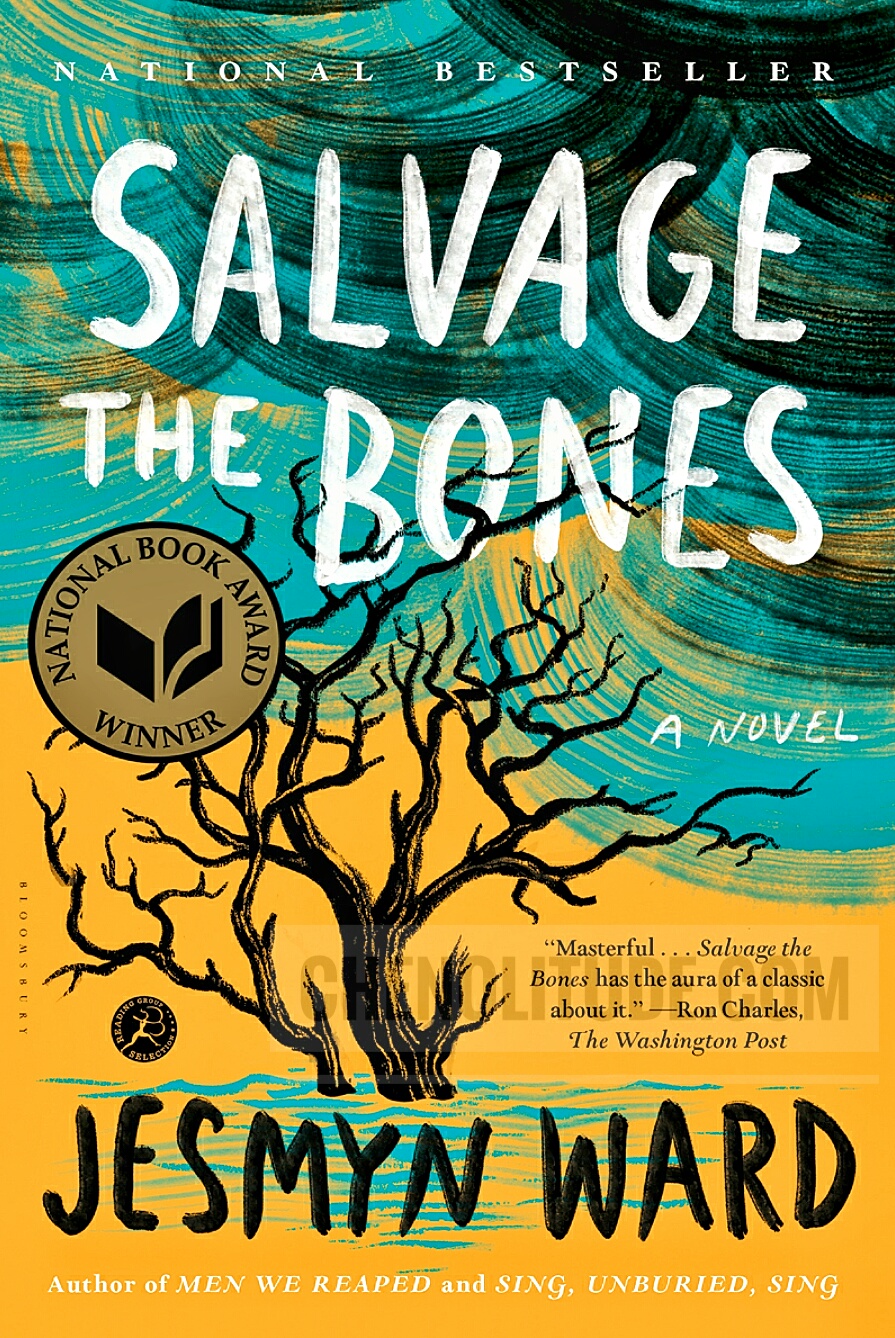 Salvage the Bones: Poetry and Reality in the Penumbra

Mischievous yet insightful. Raw yet incantatory. Salvage the Bones by Jesmyn Ward dissects the overlapping of literary rhythm and brazen realities. It takes home the 2011 National Book Award.

A memoir, Salvage the Bones illustrates a family in Bois Sauvage. A widower and drunkard, Mr. Batiste knows only how to shout and maneuver his truck. The children – Randall, Skeetah, Esch, and Junior, sacrifice and help one another, protect and nurture their filial relations, and find comfort among themselves. As they prepare for hurricane Katrina that begins to build over the Gulf of Mexico, Randall trains for basketball hopeful to get university scholarship; Skeetah attends to his birthing pitbull, China; Esch is pregnant and relates her reality to Greek mythology; whereas Junior catches their attention once in a while. On top of these, they stock food, which hardly keeps up to the demand.

As Salvage the Bones begins on a slow pace, it picks up half near the end. So along the way, as my eyes do my usual marathon scanning I would anticipate violence as the title suggests. However, it offers sweetness, thoughtfulness. As I settle though and brace myself of beauty beyond the predominantly black Mississippi bayou could offer, I meet blood. Several books cross my mind. Salvage the Bones is not like Alice Seabold’s The Lovely Bones. Yes, while it narrates background, it does not resemble Mikey Walsh’s Gypsy Boy as well. Then I draw back to memoirs I read years ago.

Readers, like me, could be argumentative at times. For one, reading has snatched us some hours. So, there are expectations specifically when a book represents a title, to wit, The National Book Awardee. However, since Salvage the Bones is a memoir, I am hesitant to be critical. Certainly, it deals with a life I could never understand but it could be a life the writer has lived 24/7. I mean respect. A memoir in itself is sui generis, like Barack Obama’s Dreams from My Father. Ergo, I concede that memoirs have their own beauty.

What allures me though about this book is to learn that Ms. Ward is one of Grisham’s visiting writers. Salvage the Bones is composed of 272 urgent pages in a 12-day plight, before and after a catastrophe called Katrina. It is published on August 30, 2011 by Bloomsbury USA.