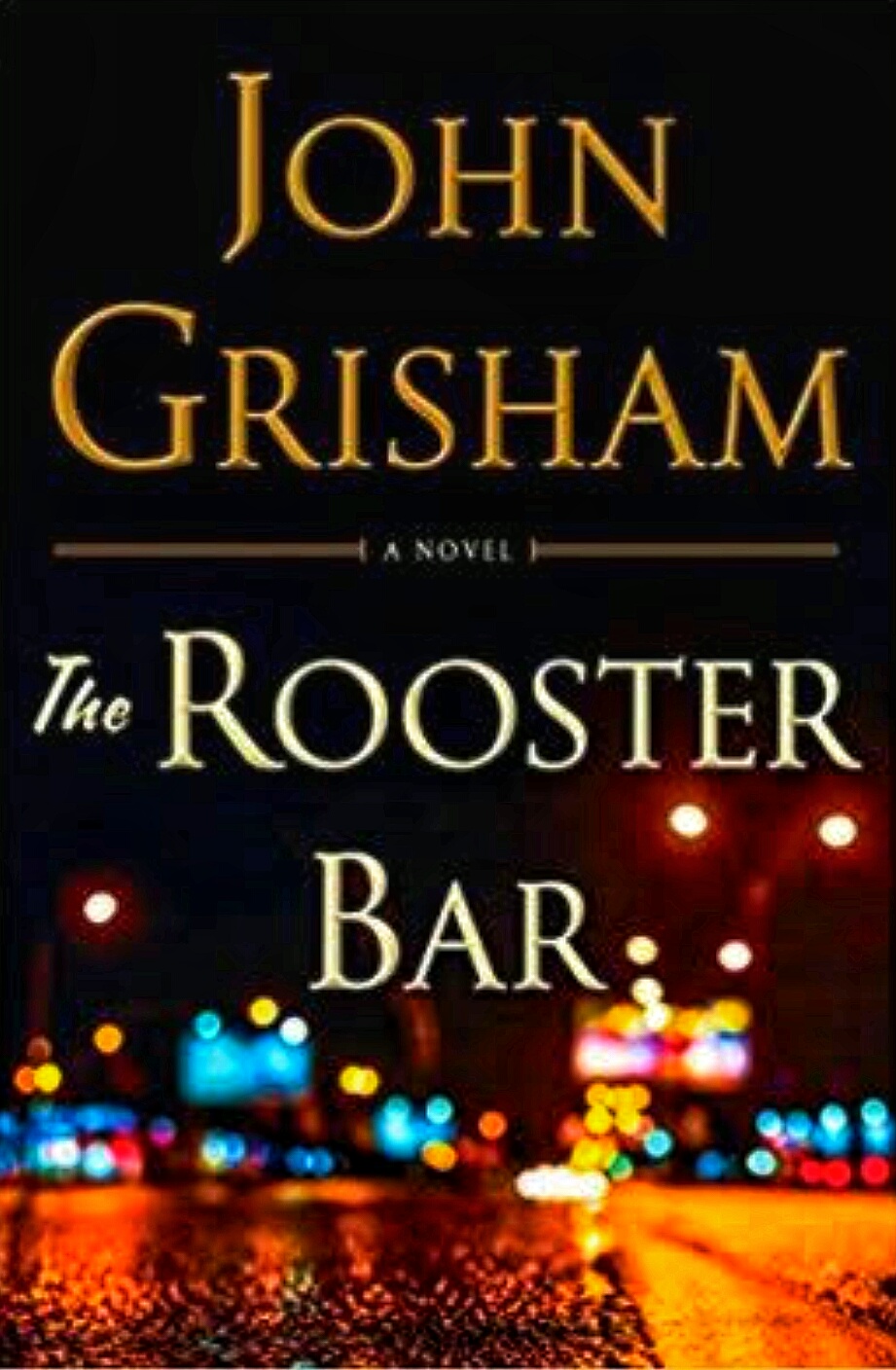 Rooster Bar: The Other Side of Grisham

Evocative names, mature language, complex yet comprehensible legal intricacies, clever ironies, serious social justice issues, same verve — these come to mind, among others, when we speak of John Grisham. Then, The Rooster Bar came in 2017. Are we disgruntled?

In The Rooster Bar, Grisham lays out the following: “Foggy Bottom Law School (FBLS) is a subpar law school. It makes too many promises. FBLS charges too much money, and encourages too much debt while admitting a lot of mediocre students who really have no business in law school. Unfortunately, they are either not properly prepared for the bar exam or too dumb to pass it.” Here, the main characters are Mark, Todd, and Zola, who are in their third year law school. They realized they had enough. Thereafter, they decide to scam the scammers. Subsequently, the controversy arises.

Whether Grisham has delivered the promise of his signature?

I, too, was struck of The Rooster Bar. Why? If there’s one fan of Grisham, I think it’s I. But did I tell you that law school was that easy? Yes, I didn’t. Maybe, I was busy scheduling my getaways. Or maybe I’m engrossed with my work. But yes, I know that at the end of the day, the goal is to deliver, whether you’re in you’re law school or not.

The Rooster Bar, clearly, is a bit of a legal education. Did I tell you that you’d feel the most dumb in law school even when you graduated with honors during your pre-law? These things you’d understand only when you get the chance to be in law school. Nevertheless, The Rooster Bar teaches you how to play your cards against all odds in law school. For one, law school is survival of the fittest and the elimination of the unfit. Did you know that law school is also sort of an investment? The return of investment (ROI) though sometimes depends upon game of chance.

Others feel differently after reading The Rooster Bar because they are used to Grisham’s verve, as in the Camino Island. Moreover, his moral compass, as can be seen in his other works, has always been admirable to his main characters. At the Rooster Bar, it has become questionable. But could this be because Grisham is re-inventing himself, and on the process change has become imminent?

Did Grisham deliver his signature? Yes, he did. But with a twist. Ping me when you get the chance to read The Rooster Bar. I’d love to know your point.