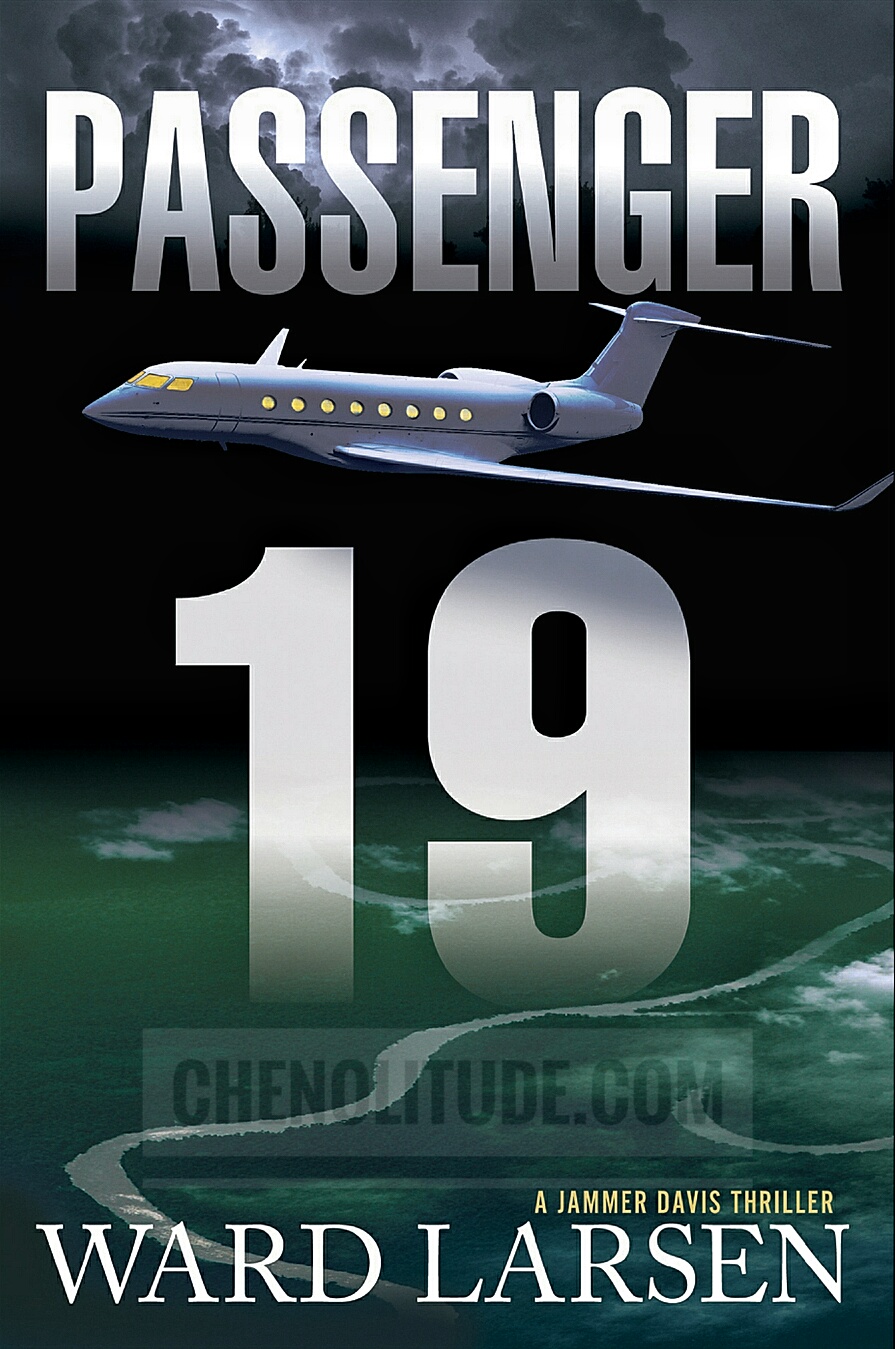 TAC-Air Flight 223, which carries 21 passengers, a captain and two crew members, crashes in a jungle of Southern Colombia. However, two passengers listed on the manifest are missing. One of them is Jammer Davis’ 19-year old daughter Jen, who is on a semestral trip, and Passenger 19, Kristin Marie Stewart, Jen’s seatmate. As Jammer, an aircraft investigator, rushes into the scene, he witnesses the total wreckage. Retrieving Jen’s and Kristin’s passports, as well as the former’s iPod Touch sends thuds in his heart. The iPod’s recordings stir curiosity as to how important Kristin must be, so as to deserve an on-duty Secret Service Agent and how intertwined his daughter’s fate with her. As the investigation progresses, setbacks also whip. The nature of the case stuns and overwhelms Jammer. He clings to his instincts and bulls his way around unearthing the truth.

Passenger 19 by Ward Larsen is an airborne crime fiction. It garners a Silver Winner 2016 Florida Book Award, and receives distinctions like USA Today Best-seller and Amazon Best-seller. Readers, who relish on suspense/thrillers, will absolutely love this book, if not devour until wee hours of the night. For one, the plot is comprised of non-stop action. It commences from the finding that TAC-Air Flight 223 crashed until the end. Moreover, Larsen makes Aviation investigation detailed. Consequently, it provides laymen the know-how such is done without cracking the thrill.

While Passenger 19 is plain fiction, it appears real because of the authentic portrayal of characters. Larsen succeeds in depicting each character’s role work toward the same goal: original crime fiction. Passenger 19 though has a touch of CSI, Angels and Demons, Alias, and The Kiss of the Dragon. Nonetheless, the readers would only surmise that the author is simply well-versed and knows his craft.

Published on January 3, 2016 by Oceanview, Passenger 19 is a surprising innovation in crime fiction. Composed of 330 heart-pounding pages in 51 marvelous chapters, Passenger 19 is actually Book 3 in Jammer Davis Thriller. However, Books 1 and 2 are not really pre-requisites. Reading them prior to Book 3 is bonus. The latter can stand on its own and withstand its own issue, if there is any.

Is Passenger 19 a large-scale conspiracy or plain hijacking? Finding it on readers’ end would be a wondrous ride of thrill and a fulfilling reading experience. The readers get to delve on the legal aspect of the terms and explore the mechanical side of aviation. Are they not hitting two birds in one stone? Plus, the readers learn Larsen’s style of writing.