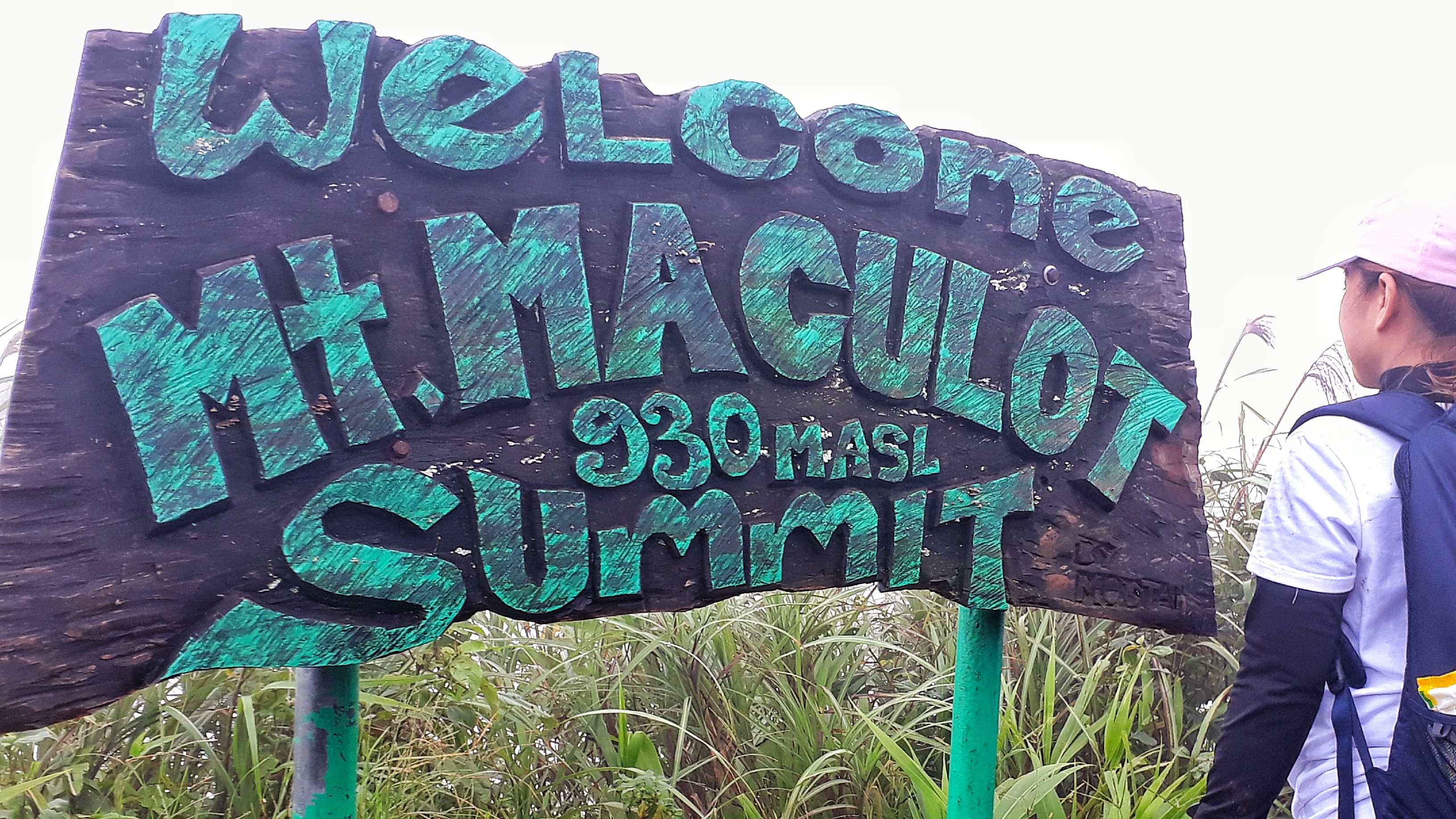 Remember when you were learning to balance and pedal a bicycle? The bruises, if not open wounds, motivated you even more to overcome the stunts that made heads turn. What about conquering mountains like Mt. Maculot? You do, not so the world will see you, but so you’ll have a wider perspective of it.

Mt. Maculot, a popular trekking destination in Cuenca, Batangas is 930 meters above sea level (MASL) and two to three hours to reach from the jump off at Mountaineer’s Store, Brgy. 7. With 4/9 difficulty, it is dubbed as a beginner’s hike. (Such being the press release, brace yourself instead of believing everything posted and said.) The assault to Mt. Maculot’s summit is either through entry from the Grotto, which is 510 MASL or through the Rockies, which is 706 MASL.

The hike to the Grotto illustrates the passion of Christ. Composed of 475 steps to its peak, the trail, while a little bit uphill, is sort of blissful. Thus, as you breathe in fresh air, you’ll have enough time to think about your reality, reflect about your course of action, meditate on the beauty of life or contemplate about Divine intervention, and how the universe will conspire with you. By the way, a trekking pole would do you wonders. However, the trek to the Rockies is one of a kind. It will engage all your senses more specifically your common sense, foresight and instinct. So, pack light, and  make your arms and hands free to move. You would neither want to slip nor fall, right?

“So, what did you get when you hiked Mt. Maculot?” My throbbing mind teased my exuberant heart. I took the descent under the falling rain with no raincoat (because I was so trusting of the weather that I just packed light!) but an umbrella that was better kept pressed at the side of my backpack. Instead of feeling envious of those who cared to bring ponchos, I chose to dance, run and play under the rain. Same as I can’t freeze a moment (except in my writings), I can’t order the rains to stop. For one, nothing grows without the rain. I have to embrace it whether storms brought it or not.

“Well, do you really have to quantify to get its worth?” my heart was quick to fire back. But seriously? You’d remember a physical activity, such as swimming, taekwondo, ballet dancing and/or the like that you worked hard learning. Like each cell of my body felt pangs of pain, and my toenails felt like dying, too, inside my trekking shoes. Such kind of pain I remembered having underwent after many sneaking out when I was a kid just to learn how to ride the bicycle.

Personal experience, such as this, adds value to a memory and doesn’t intend to diminish in any manner Mt. Maculot. This mountain lives up to why it is called popular trekking destination. Just that, acquiring a new hobby isn’t like a walk in the park.