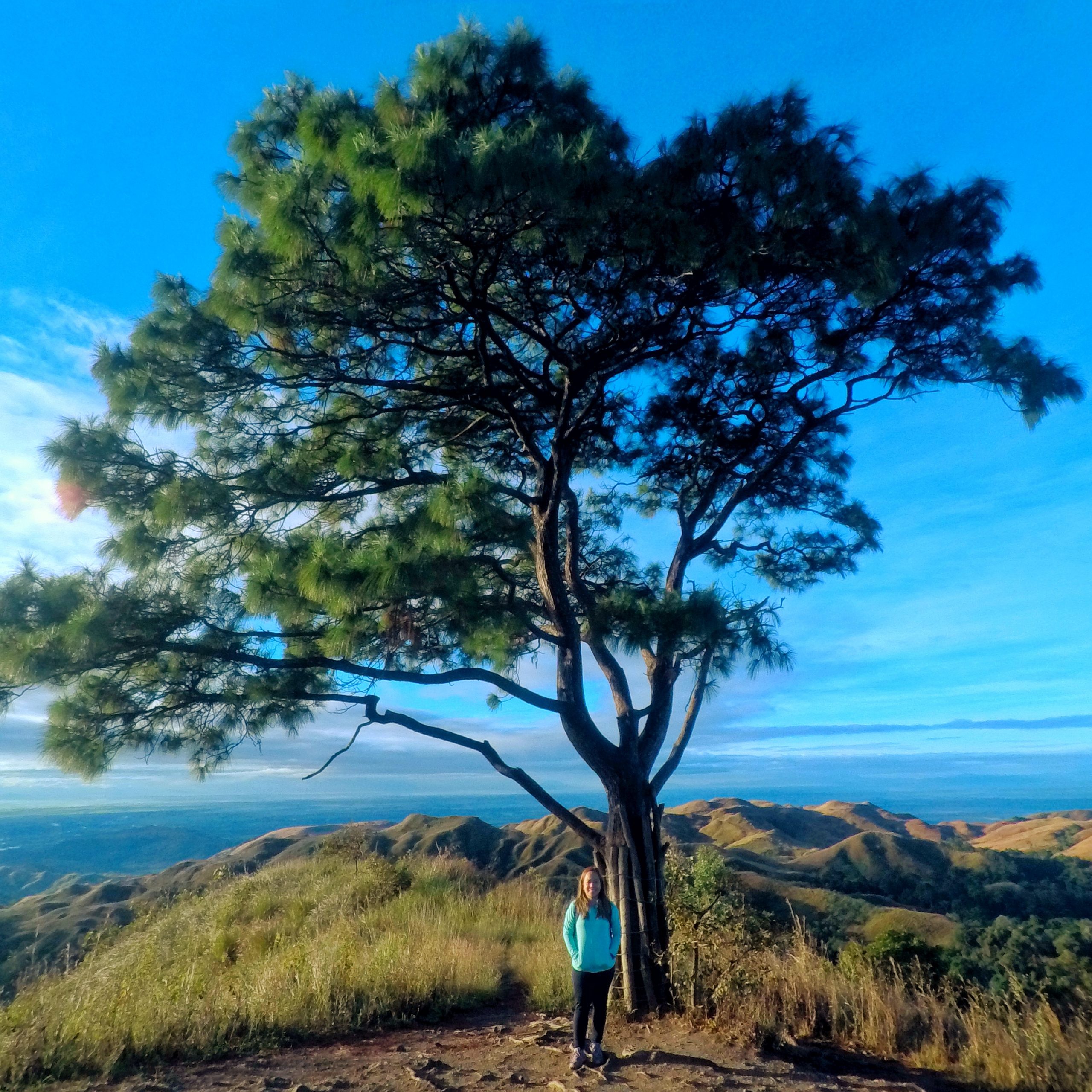 We aim, and each time we do — we strive for an impact. This is how I perceived Mt. 387, dubbed as the Chocolate Hills of the North. But the world is too large, yet too small to contain everything, more specifically our feelings. As time revolves for everyone (not just between us), fleeting moments appear like some distant past yet the frolic of a sweet dream in the longest of nights.

We take risks, and do for two reasons. We don’t want moments to pass us by, and regret in the future that we fail to aim. This is how I viewed the 387.9 hectares of grasslands, shrubs, and forest reserve that I backtrailed and traversed; and which compose Mt. 387 and from where its etymology comes from. It stands 724 meters above sea level (MASL) in the Caraballo mountain ranges of Carranglan, Nueva Ecija. With such an elevation and a 2/9 hike at that, the two-hour climb to the summit, which is called Batong Amat, shows wonderfully the 360 degrees view of Pampanga, Pangasinan, Nueva Vizcaya, and Quirino. Incidentally, this mountain hosts the Talavera Watershed, where these provinces get majority of their water source. Moreover, it also has a passage way to Mt. Pulag, the highest peak in Luzon, via Ambaguio trail.

Just as how life either surprises or amazes us of its twists and turns, Mt. 387 has interesting assaults, knee-numbing rappelling, and ice-cold river-crossings. The thought that Batong Amat served as a camp during the Japanese occupation in the 1940s and the existence of secret tunnels within its wild is like an education between four walls of a classroom, except that in this case, we get the actual ocular and we really flex muscles. The environmental awareness of the locals in preserving and nurturing this mountain is admirable. At the jump-off prior to the hike, anyone desiring to capture its peace and beauty will have to go through a detailed orientation. On rainy days, the Kalinga ng Kalikasan provides hikers with seedlings for tree-planting. During summer, they encourage them to water these seedlings by giving them water bottles.

As I wonder how things can either toughen or soften you, I take note that the people in Carranglan are friendly and helpful. They beget the respect they have for Mt. 387. Then, as I gathered my thoughts, which drifted into its majestic bliss, I learned that some fleeting moments change you forever. You do not see them coming but they do, just like how Taal Volcano spewed ashes that day.