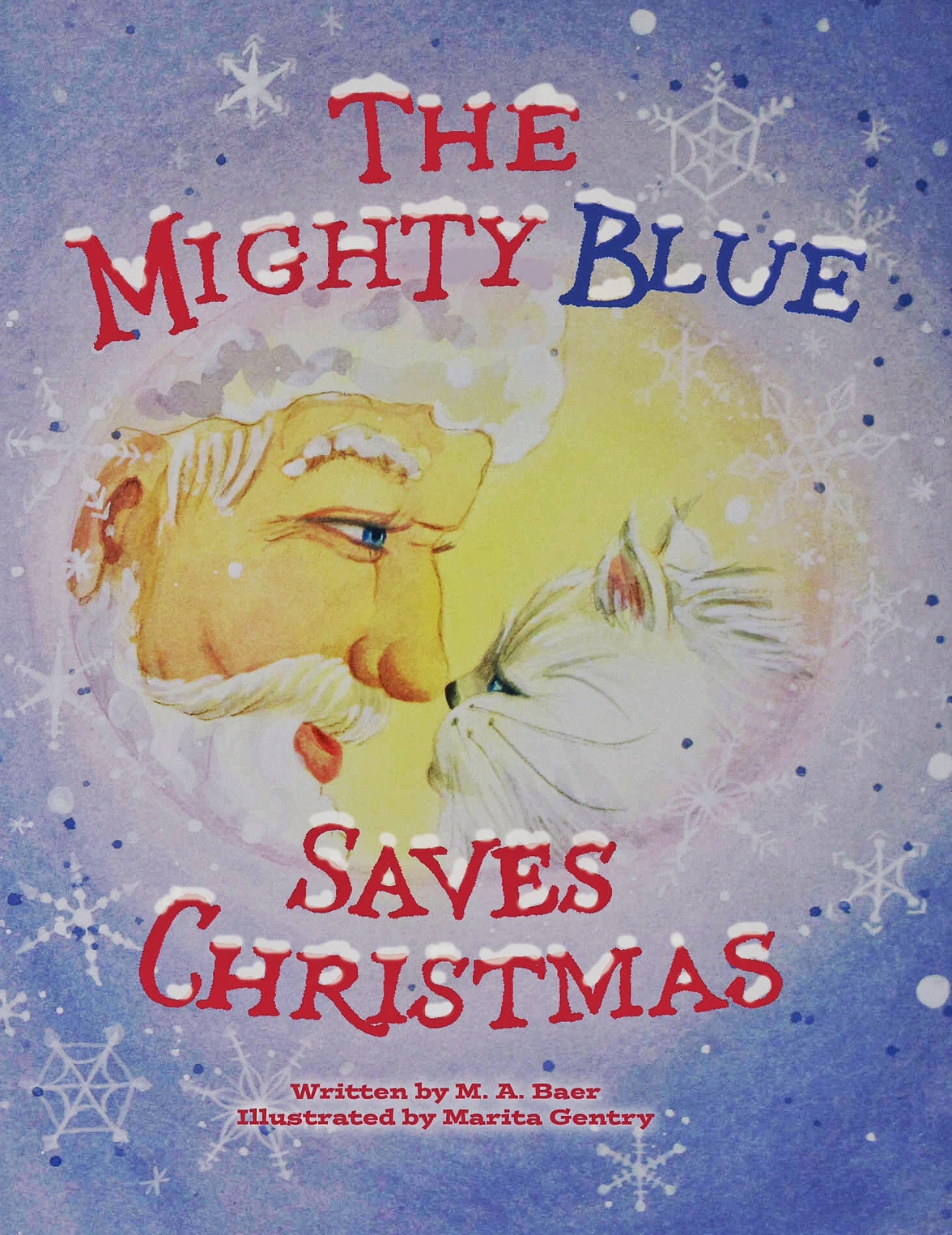 Sparkling lights, glamorous trees, colorful wreaths, half-filled sock-shaped bags, peppermint-flavored candy canes, creative Nativity scenes. The many forms of gifts. Generally, they are for the kids. They are for those who believe in Santa Claus. However, M. A. Baer’s The Mighty Blue Saves Christmas negates such notion and makes the season universal to both the young and the old.

Mike, an old man and the main character, narrates The Mighty Blue Saves Christmas. The story creates a hook by stating that he awoke to a total silence. Allegedly, the front door drew him near. Thereafter and upon opening, he saw a lone white kitten sitting and staring at him in the high snow. Moreover, Mike let the kitten, which he named Mighty Blue, in. Such details create an apprehension in the mind of the reader. Would Mighty Blue hurt Mike or be a buddy to him? Would it create magic or would it simply stay put? Baer keeps the thrill by supplying details that hold the reader’s breath and awe at Mighty Blue’s capabilities. As the anticipation heightens, the ending delivers the punch built over time. A short picture book, The Mighty Blue Saves Christmas hinges on fantasy. It has an old man for a character, who sees and has an interaction with Santa Claus. Likewise, the story has a kitten with that of a prowess of Lam-ang. While their tandem is extraordinary, featuring the lifestyle and culture in Alaska, also known as the Last Frontier, makes the story more interesting. A closer look at The Mighty Blue would raise no argument that indeed, it is a picture book. However, if this book has the young and the old as target audience, it should keep both the texts and illustrations coexist with each other. Say, make the font size bigger and refine some contours like a pro.

Published on September 4, 2017, The Mighty Blue teaches one thing. While Christmas is a state of mind, it is the birth of Christ, a rejoicing for everyone.