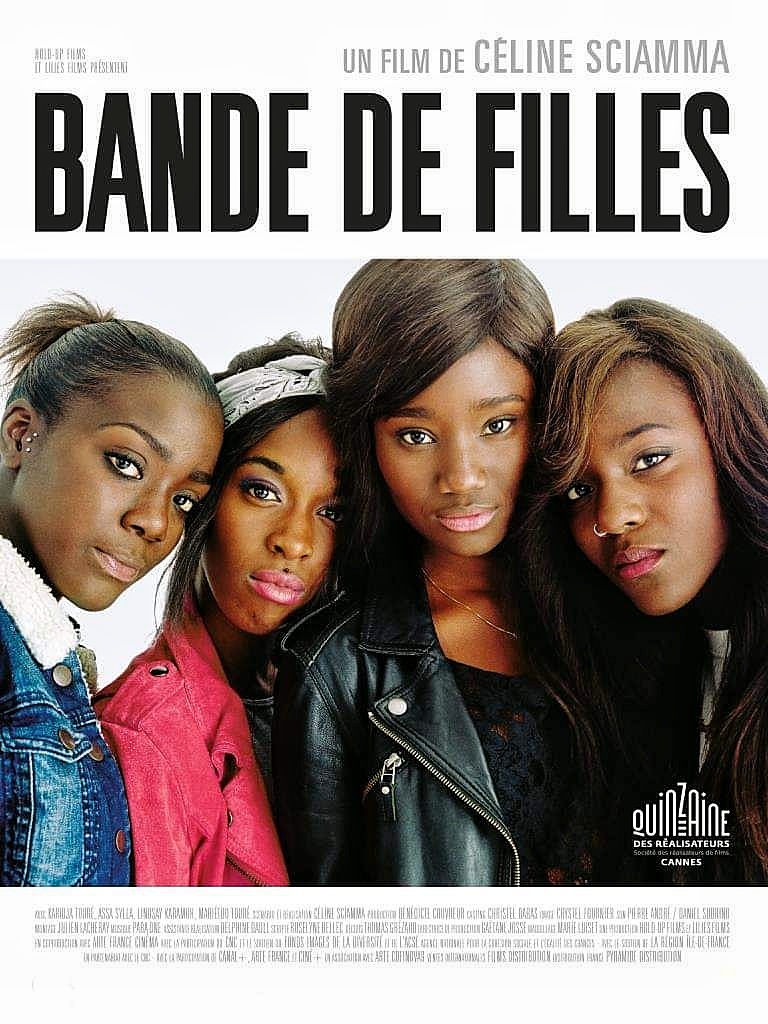 Remember where you come from, who you are and what you want to be. This occurred to me while watching Bande De Filles, a 2014 French drama, which Céline Sciamma wrote and directed.

Intriguing. Teenage girls, all of African descent, play football in French soil? It is a suburb in Paris, to be precise. Suddenly, my professor in Creative Writing crossed my mind. “Catch the attention of your target readers quickly, and bring them to a certain precipice, where they have to decide on “something.” Or lure them further at your lair until they find themselves at a point of no return!!!” (I know you are in heaven now watching over me [Oh, sorry. I remember you don’t believe in heaven, and it’s what you frown upon my writings]. But I hope I give justice to all that you have discussed lengthily, and with all your might.) I caught myself like a captive, anticipating the next after the other. Sciamma must be someone who brushes conformity aside.

Bande de Filles, also known as Girlhood, presents Karidja Touré, the main character, playing the role of Marieme, a.k.a. Vic. Attending to her little sister after her tasks, trying to be helpful to her single mother, who makes night day, while at the same time tiptoeing from her abusive brother, Marieme could not make it to college because she is a person of color? Marieme, however, cracks from her shell, and that makes her whole of a character in lieu of a typical one. She meets Assa Sylla, who plays Lady, the leader of the girl gang; and the two others, Lindsay Karamoh, a.k.a. Adiatou, and Marietou Touré, a.k.a. Fily. Together, they veer into joyous interlude, and teenage exuberance — totally alienating cultural dimensions. Nearly exploding into the volatility of street life, Marieme gears towards a detour.

While Bande de Filles is drama at its best, it is not a sad story. This film is a genre of women empowerment, specifically a person of color entitlement. It also shows that men can simply be an auxiliary in a woman’s life. As beautifully shown, life is not an end in itself. Equally important though, persons of color also has depth, has the ability to think out of the box, and has great sense of emancipation. Actually, this film is more about depiction through motion pictures. I think there are many things to be said; and had there been more conversations, it would have been more alive, more beautiful and at best, authentic. But I guess, this view is more like cultural differences. Ms. Sciamma’s craft deserves a standing ovation.

Does Marieme go back to where she hails? Or has she become the best person that she can be? I hope we could talk about these things in the near future. Bande de Filles is a free film at Alliance Française de Manille, a language school at Nicanor Garcia Street, Bel-Air II, Makati.