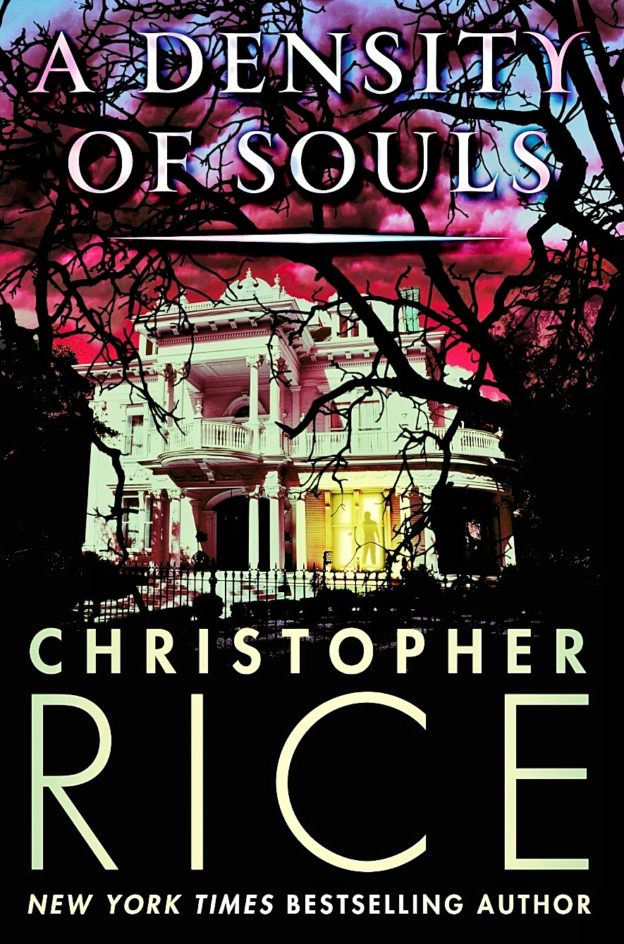 Awed at the rhythm of Christopher Rice’s A Density of Souls on a lazy Friday night while having a boost of caffeine at a coffee shop, I would like to share with you poetic lines, I have memorized by reading Rice’s debut novel. It reads this way:

What fires burn the heart,
From which God did these agonies start?
Our cobwebs strung from death to death
Are too thin. Our lies the greatest sin.

I will hold you, child not yet born,
And tell you not to forget,
But not to know.
You will soon be dense with memory
And your memory dense with souls.
What fires burn the heart?
From which God did these agonies start?

I hold you, child not yet born.
Yet I am not your god.
Ask me not to stop the pain.
The lies I’ll offer
You need not gain.
I cannot tell you how or why.
I can only teach you
That this world calls for you to cry.

Like an abyss, which transcends the depths of a man’s humanity, A Density of Souls mirrors both the toughness and frailty of a community. The unseen hand that plucked people from the streets. Death was so much easier to understand when it was the work of others. Rice’s A Density of Souls has many lines I love not only because they are poetic without premeditation on the surface, but because when he released this debut novel at 22, it appears to me that the sentence constructions portray the author’s fullness of wisdom. And yet in Rice’s confessions in 2013, he essayed a notion that had he published A Density of Souls some years after he did so, he would have improved or rewritten the other parts of it or all of it.

Really? Then A Density of Souls could have been more than adorable, which adjective pertains not to the genre per se, but how Rice creates the story in a magnificently effortless manner. A Density of Souls, which consists of 374 pages including Rice’s Epilogue, Confessions, Acknowledgments, Excerpts to The Vines, and About the Author, was published in 2000. It has four parts with corresponding chapters. A Density of Souls is a must-read not only for aspiring novel-writers but also for those who want reading debut novels worthwhile on Friday nights. Christopher Travis Rice is the son of the legendary Anne Rice.